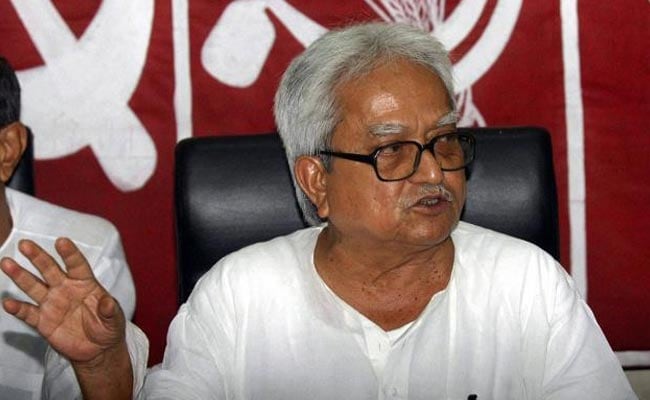 Left Entrance Chairperson Biman Bose on Sunday stated there isn’t any misunderstanding between the Congress and the Left Entrance and asserted that each of them will contest the 2021 West Bengal Meeting polls collectively.

“To save lots of West Bengal from non secular polarisation, we are going to combat the election collectively towards the BJP and the Trinamool. There is no such thing as a misunderstanding between us (Congress and the Left Entrance). Although dialogue on seat-sharing is but to happen,” Mr Bose advised reporters.

In response to a supply, high management within the events has requested the state management to finalise the seat-sharing method by finish of January in order that they’ll work on the subsequent degree of selecting the candidates for the polls.

The Congress has shaped a committee of senior leaders of the state to formulate talks with the Left events.

The West Bengal Meeting polls are scheduled to be held later this 12 months.