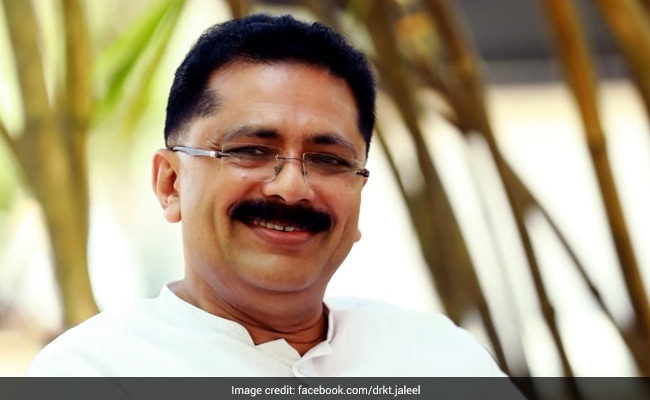 Kerala chief KT Jaleel, who resigned on Tuesday as a minister over adversarial remarks towards him by the state Lokayukta for abusing his place as a public servant, stated he has been a sufferer of “unjustified media harassment” for the final two years.

KT Jaleel, earlier within the day, despatched his resignation to the Chief Minister which was forwarded to the Governor who accepted it.

A division bench of the Lokayukta had on Friday submitted the report towards KT Jaleel to the Chief Minister and had held that the allegation of abuse of energy, favouritism and nepotism towards the minister was proved.

In a Fb Submit, KT Jaleel himself confirmed that he had put in his papers.

“Those that had been vyingfor my blood can calm down for some time as I’m blissful to tell you that the resignation letter has been handed over to the Chief Minister.I’m a public servant who has been the sufferer of unjustified media harassment for the final two years,” KT Jaleel stated in his publish.

KT Jaleel stated he was hounded by the media not for stealing or partaking in corruption or in disproportionate property case or inflicting loss to the exchequer or main a luxurious life or something of such kinds.

Apparently focusing on the Muslim League (IUML) management over allegations towards them on embezzlement of some funds, he stated within the publish that he was not attacked by the media notfor embezzlement of Tsunami-Gujarat-Katwa-flood funds or for swallowing crores of rupees put aside for the development of the Palarivattom bridge.

He was additionally referring to the notorious Palarivattom bridge which was demolished and reconstructed allegedly because of corruption involving a former IUML Minister V Okay Ibrahimkunju. KT Jaleel stated he was in a position to maintain on to the burden of the assaults of the fitting wing and the media as a result of he was “satisfied” that he had “not carried out something incorrect”.